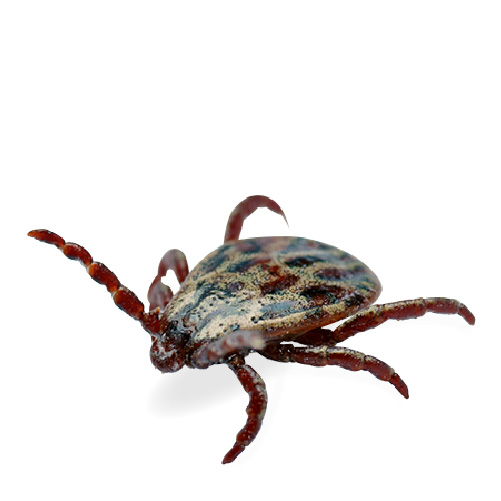 BY THE TIME YOU NOTICE, THEY’VE ALREADY SETTLED IN.

The Ticks are external parasites living by hematophagy on the blood of mammals, birds, reptiles etc. They are the carriers of various diseases that affect both individuals and humans. Ticks vary in colour by species. Adult ticks can be smaller than a sunflower. Tick larvae can be less than one mm. American dog tick, lone star tick and black legged tick are the few varieties of ticks. They have four stages- egg, larva, nymph and adult.

Ticks are found near wooded and highly vegetated areas. Some species require moisture for their survival. Females and males of these species feed on blood of mammals, birds and reptiles. Each tick has a specified host. Mostly the other ticks will feed on whatever blood is available to them. Ticks are known to bite livestock, deer, humans, dogs and cats.

Ticks are the carriers of serious diseases. According to a recent survey, more than twenty three thousand human cases of Lyme were recorded in 2002. Lyme disease is caused by a spirochete that affects human and their pet dogs as well as wildlife species. This disease organism is caused by a hard tick, which attacks white deer and rodent species. These ticks have a two year cycle. They commonly attach to the human’s body, after feeding they drop to the ground in search of protective areas. These areas should be a sprayed with an influential pesticide. Once infected with diseases caused by ticks, one may experience flu like symptoms and develop a rash in red around the eye area. Tick bites can cause Q fever, Colorado tick fever, babesiosis and monocytic ehrlichiosis.

Tick signs are the usual signs of the tick themselves. Another sign of tick infestation can be medical symptoms from diseases or fluids transmitted by ticks. The symptoms may vary from person to person and should be diagnosed by a medical professional. Ticks reside in the hidden places in homes. Repairing gaps and keeping grass cut short may avoid infestation. The material of nesting material should be disposed of otherwise ticks will infest these items. Treatment for ticks is different from the treatment for fleas. For this, a tick infestation executive should be called for local pest management. GO! PEST CONTROL provides the best services for tick infestation. These executive know how to control it. Tick removal should be done with utmost care so that the chances of infection may be reduced. If a person is doing it at home then they use forceps and tweezers for the eradication and clean hands should be used for removal. They keep it a point that when the ticks are removed, they try not to destroy the specimen. It should be done diligently so as to avoid harm to the specimen. One removed hands should be cleaned and the infected person should be taken to the doctor. If people are still facing problems with tick infestation, they there is no harm in calling a professional and taking his help in the removal of tick infestation. They investigate the house and then plan a scheme which is to be followed for the removal of infestation. They are qualified in their field and know their work really well. 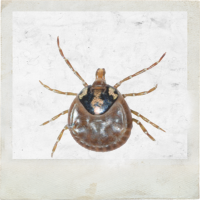