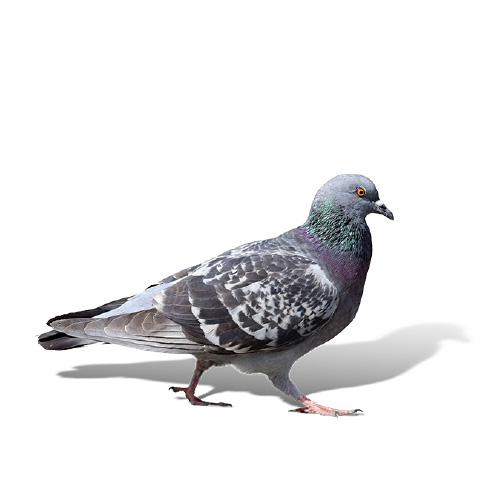 Description: Pigeons can contaminate foodstuffs and spread diseases to domestic stock. Pigeons usually nest in his places such as buildings and balconies.

PIGEONS REMOVAL AND CONTROL IN OTTAWA

Pigeons grow as long as 11” and weigh about 11 to 13 ounces. They are among the world’s largest feral bird species. Wild pigeons build their nest along coastal cliffs, but they can also build one on or near homes, barns and other buildings. Pigeons perch on rooftops, bridges and window ledges. They eat any available source of food such as seeds, grains and even human waste. Pigeons also often target manmade structures and human habitations to look for food, nest or roost.
Properties with open garbage containers, large parks and farms that have grain silos attract birds. Large flocks of pigeons tend to settle in an area at once, so you should deal with an infestation as soon as possible. This is because an infestation causes a lot of problems. For instance, droppings can cause different issues to people and buildings. It is not only unpleasant to look at, but also kills vegetation and corrodes buildings when it accrues in large volumes. Accumulated droppings can also spread histoplasmosis, a kind of lung infection that’s dangerous to the respiratory tract.
Pigeons carry parasites like ticks, mites and fleas. Large flocks may also cause collisions with airplanes and stored grains might become contaminated from the presence of these birds. If you have an infestation problem in Ottawa, just call Go Pest Control and expect a team of expert animal control technicians to come to your location immediately.

We will inspect the problem and come up with the right pigeon removal and control strategy for you. Eliminating food sources and exclusion methods are the best ways to get rid of large flocks of pigeons. Repairing broken screens and sealing or blocking openings to nesting or roosting areas can also help in
the removal and control of pigeons. Using porcupine wire, spikes and other mechanical repellents may prevent pigeons from landing or roosting on buildings. Avoid feeding the birds and remove their access to food sources like garbage cans.
Some scare methods are unsuccessful at eliminating pigeons as these birds are used to interacting with humans. No state or federal law protects pigeons. As such, it is best that you entrust the job to the professionals. Our animal control technicians know how to remove and control pigeons in a safe and
humane manner and keep the population at normal levels.
We don’t implement a short-term solution. Rather, we use methods that provide a long-term solution to your bird problems. One of these is by making the area unpleasant to them. For instance, predator birds can scare the pigeons away. This method is combined with other strategies like making physical changes to their nesting and roosting areas and removing food sources. Bird points, coil and spring wire can also help control pigeons. Don’t let these birds disturb the peace and order in your property. If you notice an infestation, you don’t have to deal with it alone. Just call (613)366-2202 and expect us to come to your rescue right away!

We provide pigeons removal and control in the following cities and towns in Ontario. 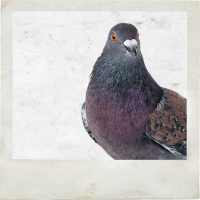